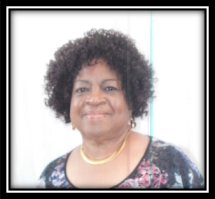 Phylliss is the oldest child of Deacon Wilbert Joe and the late Mrs. Willie Jean Joe.  She was married for 31 years to the late Deacon Howard Pickett.  To their union three children were born:  Shonda, Howard Jr., and Quinton.  She is the grandmother of Jasmine, Justin, Tierra, Devin, Jordan, Joshua, Ryan, and Brayden.  She is also the mother-in-law of Edward, Adrienne, and Kimberly.

On July 20, 1999 she was called by God to “PREACH HIS WORD”.  She did her first sermon on Mother’s Day, May 2000 at Mount Calvary Baptist Church under the Pastorate of Pastor Raymond Whitsey.

In 1995, after 27 years of employment, Phylliss retired from the Social Security Administration as a Benefit Authorizer.

At the present time Phylliss enjoys teaching the Intermediate Sunday School Class, serving as Mission Ministry President and teacher at West End Hills Missionary Baptist Church.  She works with the Helps Ministry weekly by ministering to the sick and shut in, bereaved and needy.  She works with the Mission at Arlington Rehab and Nursing Home.  She co-founded Disciples of CHRIST in 2000, they meet monthly at Princeton Towers. She also is the 1st Co-Chair and Chairperson of the JCDMBA.